We hope that you and your families are navigating this pandemic as well as you possibly can. Sonoma County is currently under shelter-in-place orders, which Weaving Earth is adhering to. This means that for the time being we have postponed all in-person WE programming until further notice. This includes the WE Immersion and the Wild Tenders Youth Program. The Teen Backpacking trips are officially cancelled for 2020.  We will be keeping everyone informed of future program offerings as they become clear. Please sign up for the mailing list at the bottom of this page to stay connected!

Warmly,
The WE team

In this time of global transformation, we are increasingly aware of the need to help young people step fully into who they are and to live with an awakened sense of interrelationship, authentic expression and deep care for their communities — including the wild environment. Wild places are much more than beautiful: they are a gateway into our passions and purpose.

Our teen backpacking trips are led by a team of Weaving Earth mentors trained in practices of nature connection, which are designed to cultivate holistic relationships to self, to others, and to the natural world.

The exact location of future trips will depend on trail and fire conditions closer to the departure date but will likely be in the mountains of northern or eastern California.

There are a maximum of 12 spaces available on each trip.

No two trips are ever the same. Each is influenced by the particular composition of the group, the leaders, the place, and the weather (inside and out!). Each trip responds to the interests, passions, curiosities and characters of the individuals who show up. We will embark on an adventure together that takes us deeply into the wild, deeply into ourselves, and deeply into the collective of the group. It’s fun. It’s meaningful. It’s eye-opening. It’s a great way to spend a part of your summer. While we can’t predict exactly what will happen, we can assure potential participants that some combination of the activities below will unfold.

Wild places are much more than beautiful: they are a gateway into our passions and purpose.

We typically offer our trips at four price points: $750, $850, $950, and $1050. If you are able to choose a higher price point, you are making it possible to offer the program at a reduced rate to others. Thank you for considering what is possible and choosing the price point that is right for you. Our trips are priced to cover expenses and provide right livelihood for the guides and the organization as a whole, who offer significant time, energy and expertise in planning and running the trips. That being said, we are committed to making this trip accessible to all who want to participate. For questions about financial assistance, please contact Sam Edmondson.

In order for this trip to run, we need a minimum of 8 participants. There are 12 spaces available in total. If you are signing up, please spread the word within your networks. This trip is a great opportunity for friends to enjoy the wonder of backcountry travel together! To inquire about the 2020 trips, please contact Sam Edmondson. 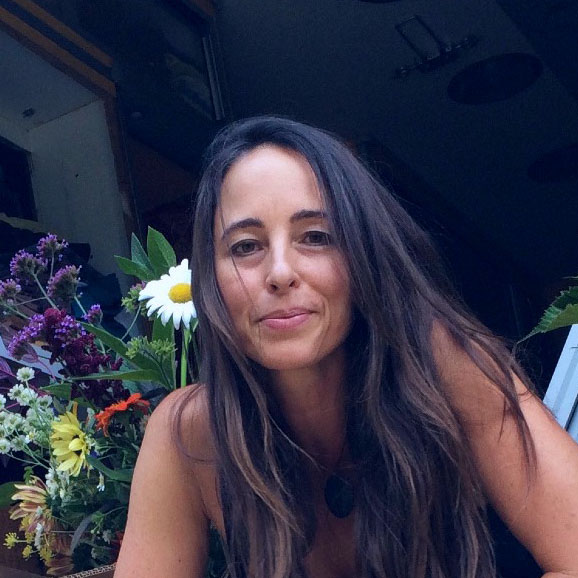 Lara is in her third year of the Weaving Earth Immersion. For the fifteen years prior, she taught Art and Ceramics in California public high schools and also worked in therapeutic wilderness programs for teens in West Virginia and Montana. Lara lives in a bright yellow converted ambulance with a mini wood-fired stove. She loves to wander and is especially passionate about free-form dance, healthy body-image, cultivating belonging, fire by friction, crafting, birds, exploring close to the ground, seeking tracks, treasures, and stories that wish to be told. 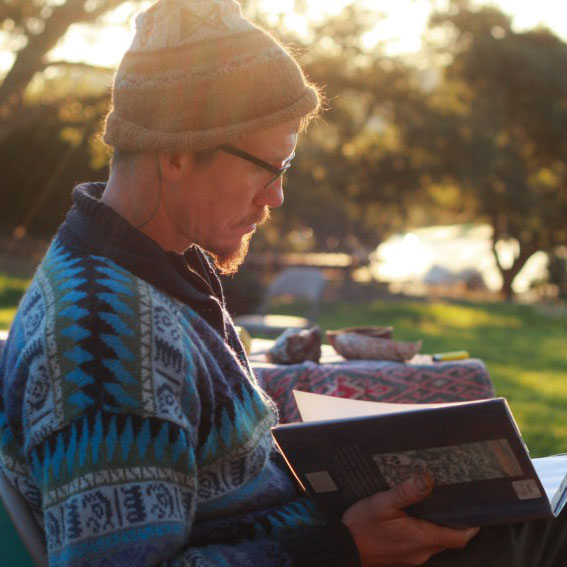 Rusty has lived all over the west, including the last ten years on the north coast of California in Pomo and Miwok territory, aka Sonoma County. During that time, he has been part of a group of friends that puts on ancestral skills events such as the Buckeye Gathering, which invite all ages to explore the ‘old ways’: fire by friction, basketry, nature awareness, hide tanning, hunting and gathering, and so on. He loves to spend time in wild places (mountain! river! ocean!), feeling increasingly at home, humbled, and ever-invigorated. After three years as a student in Weaving Earth, Rusty’s senses are more keened to the connections between inner and outer landscapes, via looking and listening for the movements of life all around us. He loves to dance, play, be in intentional circles of people, follow mysteries, craft, traditional bowhunt, and share stories.

HOW DO I APPLY?

2020 Trips are Cancelled due to COVID-19. To stay current with dates and applications for backpacking trips in the future, join our newsletter below.